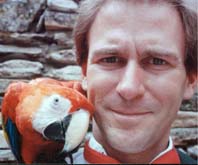 Six-time Ironman, Darren Peterson received a BS in Mathematics from the University of Texas at Austin after interrupting his college studies for two years to join the Royal Lichtenstein Circus where he was the main juggler and unicyclist. After graduation, Darren taught High School math for three years and worked as an editor of math text books for four years. While editing math books, Chicken Dog began winning Disc Dog competitions and Darren combined her tricks with his circus skills and became so popular that he no longer had time to edit math books. Chicken Dog is very happy about this as now Darren has more time to play with her. 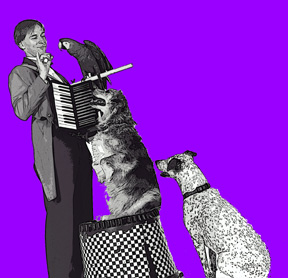